Disposal and recycling of waste in Ukraine 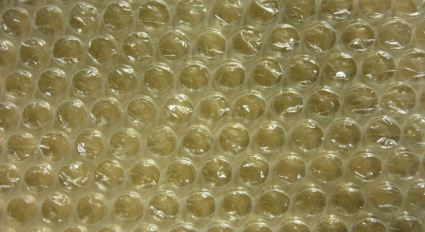 Film recycling is the process of recycling production of polyethylene products that can be used later as secondary raw materials. Recycling means saving money and caring for the environment. Disposal of films should be trusted only to employees of relevant companies that have the necessary documentation.

What is the film for?

The film is considered an indispensable packaging material, which is sealed and compact. This explains its widespread use in many areas of human life, where there is the possibility, and sometimes the need to use polymeric materials and plastic film. The data show that lately the use of plastic film has increased by 3%, which means that the waste of this product has also increased. Films can be:

The main volume of polymer films produced in the world falls on films of molten plastics, the basis of which are polymers capable of passing into a highly elastic state when heated.

There are four groups of methods for producing films from a polymer that is in a highly elastic state: extrusion, calendering, physicochemical modification of films, the production of combined films.

What is the danger?

Plastic films do not decompose as organic waste. Instead, they release gaseous products that pollute the air. Sunlight eventually breaks them into pieces. As they decompose into ever smaller pieces just a few millimeters wide, a substance known as microplastic often ends up in the soil and waterways, where it remains for hundreds, if not thousands of years.

Plastic films often penetrate the oceans when they are washed into storm drains. In water, they can be taken for food by animals such as dolphins and sea turtles, which can be fatal. Small pieces of plastic also bring problems: studies have shown that creatures from invertebrates to predatory fish regularly absorb microplastic. This has a detrimental effect on the health of the marine flora and fauna.

What happens if not disposed of?

Landfills are not the best place to recycle polyethylene products. The release of films on the city dump can lead to environmental problems.

Failure to dispose of large-scale polyethylene products may be punished with a fine.

How is the film recycled?

The problems of polyethylene waste are highly acute, since their decomposition can take thousands of years. Film disposal is carried out in the following directions:

Recycling is an environmentally sound method for recycling film products. Recyclable films can be used to make products such as composite lumber and new plastic bags. This reduces the need to develop new materials to create these products. The film of recycled materials is cheap, which saves consumers.

Specialists "UtilVtorProm" perform the disposal of various film products. The company has the necessary documentation and special equipment for the recycling of films.

Advantages of applying to “UtilVtorProm”

Works on the recycling of the film are carried out as soon as possible in compliance with all environmental and legal regulations. We conclude an agreement on film recycling with enterprises of all forms of ownership. For budgetary organizations there is a deferment of payment for the disposal of the film.

The cost of recycling the film depends on its location / storage (the manager calculates the cost of transportation) and the quantity (the larger the total quantity, the cheaper the cost).

After the provision of film recycling services to the customer, the following documents are issued: an act of transfer and acceptance of waste with the date and amount of the film transferred for recycling, an accounting act of work performed / film recycling services, to which the relevant permits of our company are also attached: licenses, certificates , certificates, for enterprises of VAT payers in electronic form is registered tax invoice.

Order a film recycling service, glass, archival documents, magazines And other waste, you can ask all your questions by phone. You can also leave a request on the site, write an email utilvtorprom@gmail.com.

Thank you for the application!